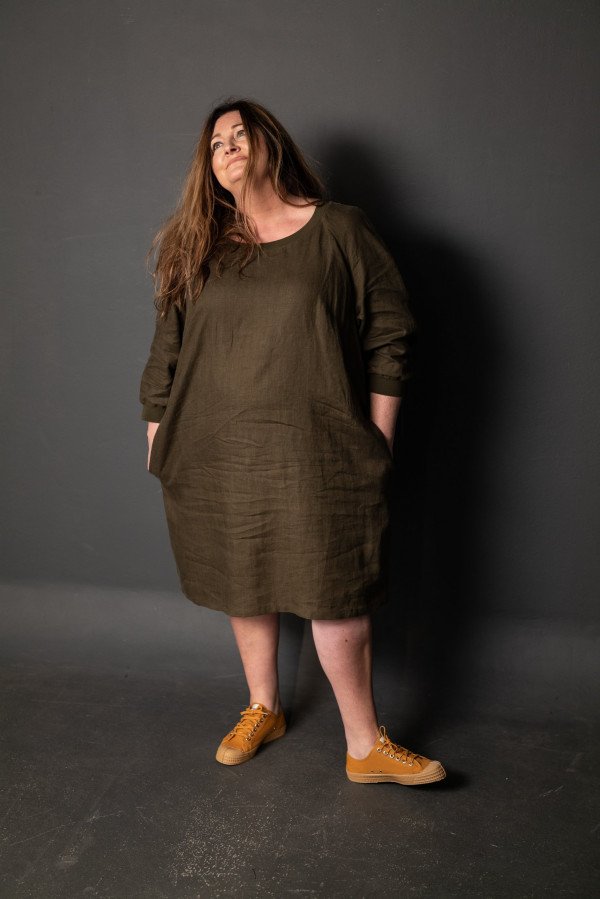 This linen has an enzyme wash, this gives it a slightly distressed finish. It is dyed with a wash out dye which means it will gradually lose colour over time. European laundered linen, tumbled at the mill for softness. The 185 dress weight linen is a great match for all of Merchant & Mills’ patterns – dresses, tops and loose fitting trousers. This linen also works well for lighter curtains for a casual less refined look.

Produced in small batches in Eastern Europe where there is a strong heritage of spinning and weaving linen fabric. Our 185 linen collection is woven in a mill run on green energy and is Oeko-Tex certified.