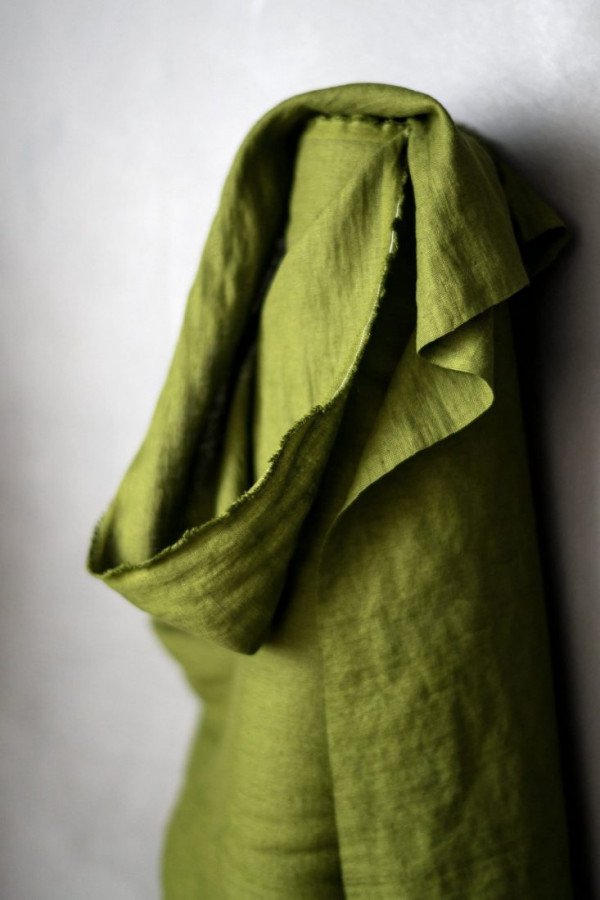 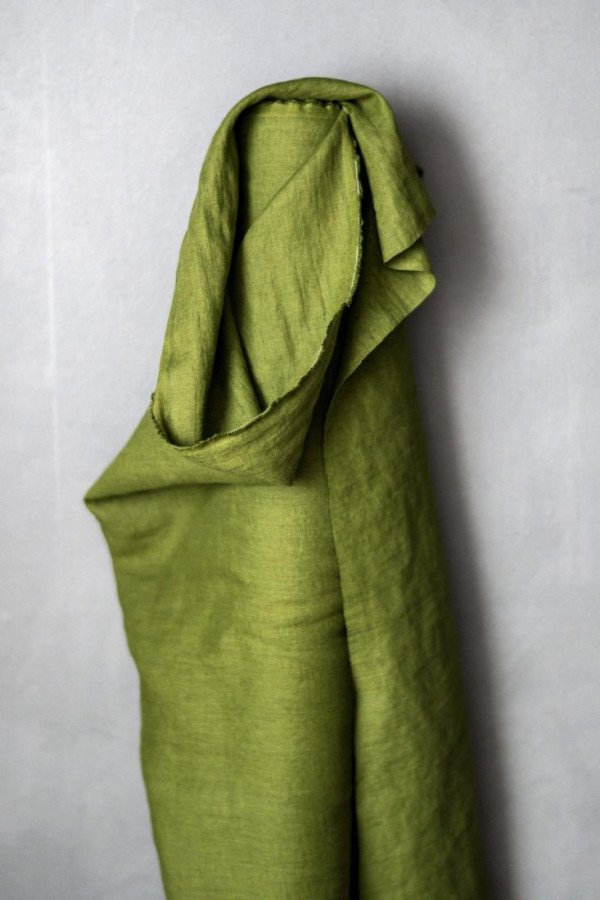 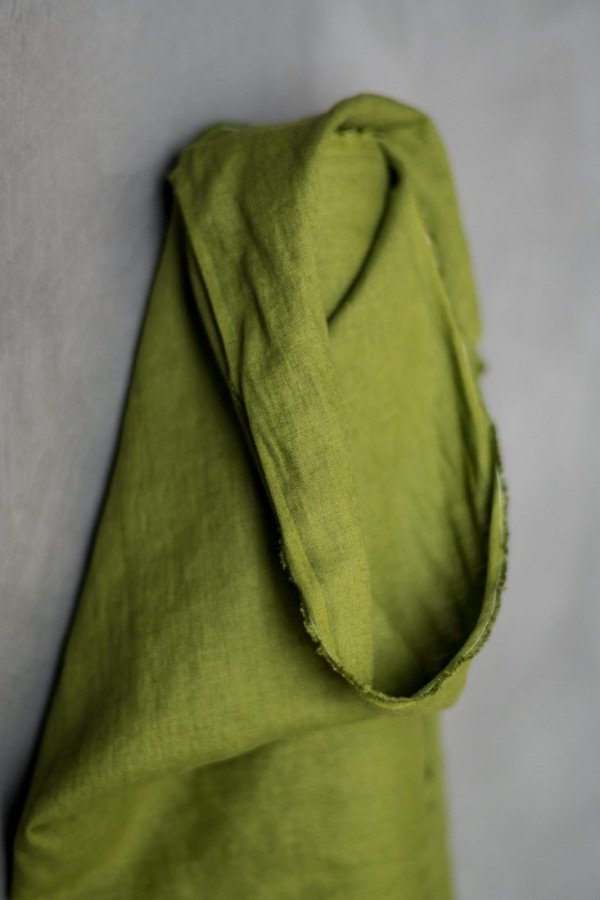 Grass green. European laundered linen, tumbled at the mill for softness. The 185 dress weight linen is a great match for all of Merchant & Mills’ patterns – dresses, tops and loose fitting trousers. It is suitable for the all of the patterns in the Workbook.

It is produced in small batches in Eastern Europe where there is a strong heritage of spinning and weaving linen fabric.